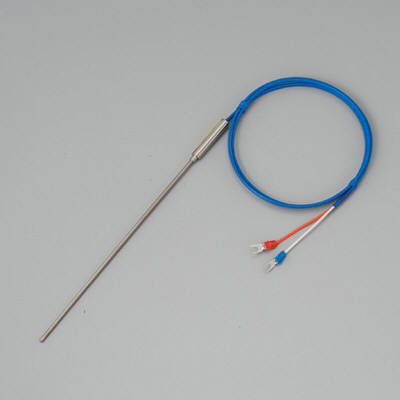 When two kinds of metal wires are welded and the welding point is heated, a voltage is generated.
This phenomenon was discovered in 1821 by the German physicist Thomas Seebeck (1770-1831) and is called the Seebeck effect. 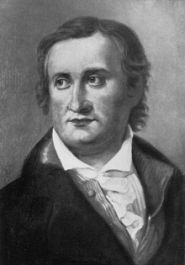 Seebeck noticed that when there was a temperature difference inside the metal rod, a voltage was generated between the two ends.
And it connect two ends of two different kinds of metal wires such as copper and bismuth to make a ring and heat one side of the connecting part, current will be generated in the wire, and the needle of the compass placed nearby will swing he also discovered that a magnetic field is generated.

This is the thermoelectromotive force.

Thermocouples have a standard thermoelectromotive force defined in IEC 60584-1: 2013. 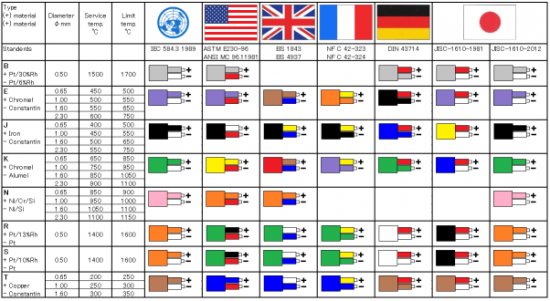 In addition to the above, there are various types of thermocouples for each application, but the eight types are abbreviated in JIS.
Of these, the thermocouples that are often used are the R thermocouple above 1000 ° C and the K thermocouple below 1000 ° C.

Powdery brazing of an aluminum board and a thermocouple