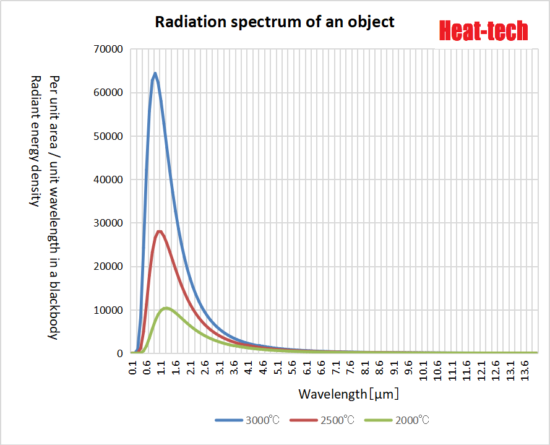 In the above figure, the radiant energy density W (λ, T) per unit area and unit wavelength in a blackbody is calculated from the following formula. 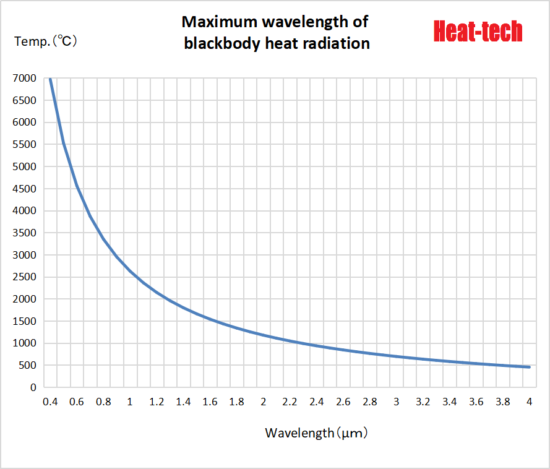 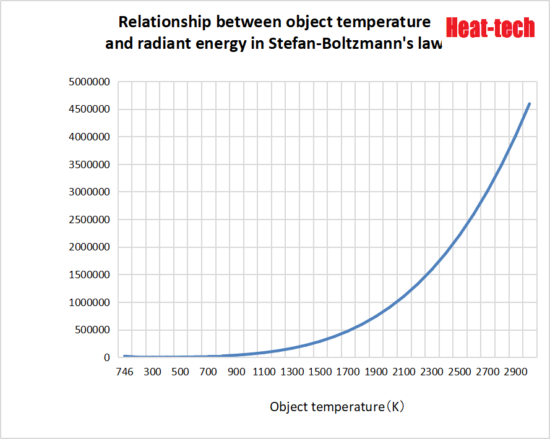 [Reference] A black body is an ideal object that can completely absorb electromagnetic waves incident from the outside over all wavelengths and radiate heat. The blackbody does not exist, but it is an important model that often appears in explaining the natural sciences.