No.18 Light source for thin-layer chromatography 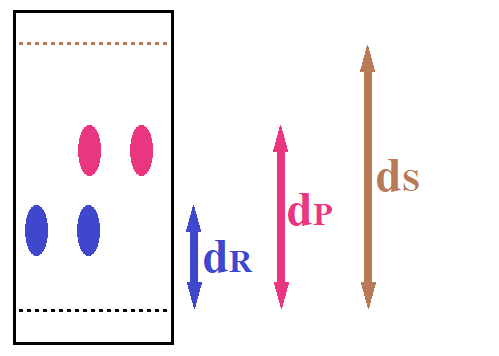 It was used for pharmaceutical purity tests and follow-up confirmation tests for synthetic experiments.
Fluoresces green under UV irradiation at 254 nm
For detection by ultraviolet irradiation, there are thin layer plates in which one kind of fluorescent substance is added to the carrier and thin layer plates in which three kinds of fluorescent substances are added to the carrier.
A plate that absorbs ultraviolet light of a specific wavelength (eg, 254 nm) and emits visible light of a specific wavelength (green) appears green if it is doped with one type of fluorescent material.
The thin-layer plate (product name: “Silica Gel 70FM Plate – Wako”) containing three types of fluorescent substances is added with fluorescent substances that emit red, green, and blue, and emits light over a wide range of ultraviolet rays (250-400 nm), it appears white. When a spot of a substance that absorbs UV rays of a certain wavelength is placed on the plate, only fluorescent substances excited by transmitted UV rays other than those absorbed by that substance emit light and are detected as colored spots on a white background. Therefore, even if the Rf value is the same or similar, it can be identified by the difference in color. Identification is possible without using a coloring reagent, and it is used for the analysis of pharmaceuticals and foods.

No.17 Ultraviolet fluorescence method for quantification of uranium ore

No.7 Weather resistance test of the resin plate

No.14 Synthesis of vitamin D by UV irradiation

No.1 Irradiation to ultraviolet curable resin

No.6 Growth and the light source for promoting germination of a plant factory
2023-01-11
HEAT-TECH info
Previous: No.17 Ultraviolet fluorescence method for quantification of uranium ore
Next: Heat-tech News Letter – Vol. 031 2023-01-15