Tungsten, which has the highest melting point of metals, is used as the filament. In order to suppress heat loss due to the halogen gas to be enclosed, a filament that has been improved from a straight line and made into a coil is used. Since the filament is placed in a valve filled with an inert gas, it is covered with the inert gas and suffers heat loss (the temperature of the filament drops). Heat loss affects the length of the filament, so coil it and adjust the length to reduce heat loss. With a straight filament, it bends due to thermal expansion when it is lit, but by making it a coil, it is flexible even if it is thermally expanded when it is lit, so it can return to the coil shape again after turning off and maintain its shape.
Furthermore, when the filament is coiled, a cavity is formed inside the coil, and the light emitted from the gap of the coil becomes close to blackbody radiation.
The radiation characteristics (spectral emissivity) of tungsten are relatively high in the visible light region, and the emissivity tends to gradually decrease at longer wavelengths. Therefore, at the same temperature, the luminous efficiency is much higher than that of a blackbody. This is also one of the reasons why tungsten is suitable as a filament material for lighting. Even at the same temperature, the carbon filament is close to a blackbody, so the luminous efficiency is considerably low.
The electrical resistivity of tungsten is relatively large. 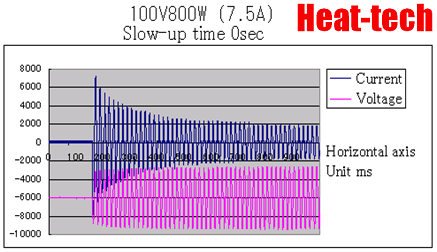 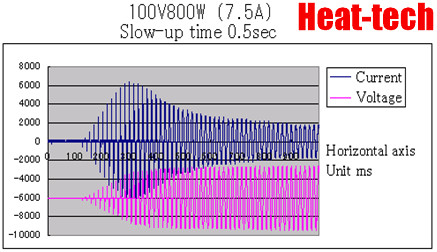 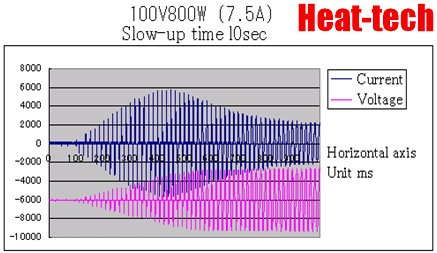 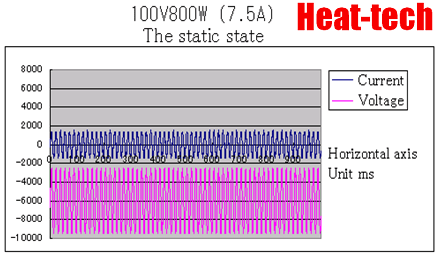 Wrap the tungsten line around the mandrel and coil it. In most cases, after wrapping it around the mandrel, it springs back and removes the mandrel.
If the tungsten line diameter is d and the winding diameter is MD, MD / d ≒ 3 is appropriate. When MD / d <2, it is easily deformed by thermal expansion, and when MD / d> 8, the strength becomes weak. If the coil winding pitch is P, then P / d ≒ 1.5 is appropriate. If P / d <1.2, there is a risk of short circuit between pitches. When P / d> 1.8, heat loss is large and luminous efficiency is disadvantageous.
If heat treatment is applied while it is still attached to the mandrel for dimensional stability, it will not be able to be removed. In this case, the core line is dissolved with acid to remove it. However, this method requires equipment and cost to process the gas and solution emitted during dissolution.
If the coil filament made in this way is a coil with a durable design, it can be made into a lamp as it is, but in many cases, it will be deformed after it becomes a lamp unless the distortion is removed by heat treatment. For coils with even weaker strength, they are incorporated into the lamp after undergoing the process of completing secondary recrystallization.

The general manufacturing method for double coil filaments is to wind a tungsten line around a molybdenum core line at a specified pitch for the primary winding. After that, heat treatment (hydrogen atmosphere furnace at 1000℃ to 1600℃) is performed once. This will prevent spring back even if user cut a continuous roll for a short time.
Next, the second winding. Wrap it around the core rod at the specified pitch, and then remove it.
Next, after moulding the end part into an arbitrary shape, heat treatment at 1600℃ to 1900℃ (heating with a hydrogen atmosphere furnace or direct energization, etc.) is performed. After that, the molybdenum core line is dissolved and removed with a mixed acid (water 2: nitric acid 2: sulfuric acid 1) to produce a double coil filament.
With this method, a large amount of NOx, residual acid solution, molybdenum salt, etc. is generated to remove the molybdenum core line, so it costs money to remove and detoxify the molybdenum core line. In addition, since molybdenum is used for the primary winding core line, molybdenum infiltrates into tungsten if it is heat-treated at too high a temperature, which adversely affects the halogen lamp.
Therefore, the heat treatment is performed at a maximum of about 1900℃, and the secondary recrystallization of tungsten cannot be sufficiently completed. If this is left as it is, the remaining secondary recrystallization will occur at the moment when the lamp is turned on, and the filament may be deformed.
As a method for manufacturing a double coil that does not have the drawback of insufficient secondary recrystallization of tungsten, the primary wound coil (with the core line removed) is moulded into the shape of a double coil by some method and heat-treated at 2200℃. There is a way to make a double coil filament.
As a method of forming into the shape of this double coil, a tungsten rod slightly thinner than the primary core line is formed into a secondary winding shape (coil-shaped mandrel), and a single winding coil is inserted into the tungsten rod to form a double coil shape. It is a method of heat-treating and hardening with. After heat treatment, the tungsten coil core rod is extracted and reused.
However, this method is not all-purpose, and there are some points that are difficult to mechanize as a mass production method and double coils that are difficult to make.