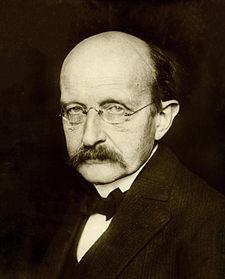 Planck’s law describes the electromagnetic radiation emitted by a black body in thermal equilibrium at a definite temperature. The law is named after Max Planck, who originally proposed it in 1900. It is a pioneer result of modern physics and quantum theory. 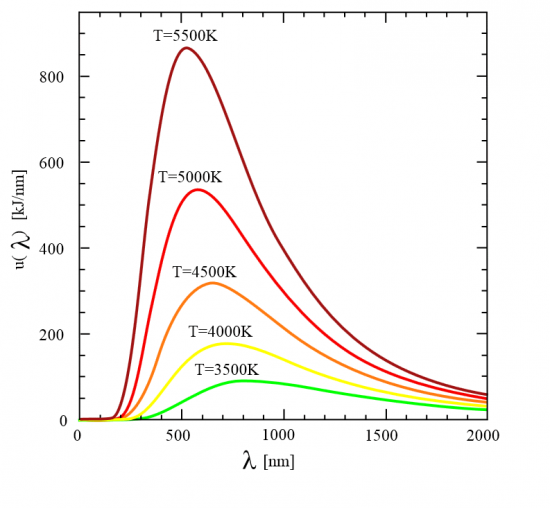 Intensity of light emitted from a black body at any given frequency. Each color is a different temperature. Planck’s law was the first to explain the shape of these curves.
The primary law governing blackbody radiation is the Planck Radiation Law, which governs the intensity of radiation emitted by unit surface area into a fixed direction (solid angle) from the blackbody as a function of wavelength for a fixed temperature. The Planck Law can be expressed through the following equation. 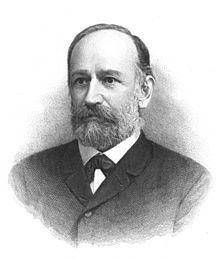 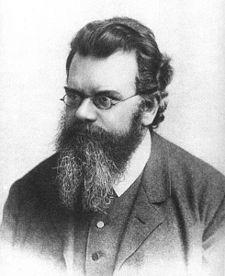 The Stefan–Boltzmann law states that the total energy radiated per unit surface area of a black-body across all wavelengths per unit time (also known as the black-body radiant existence or emissive power), is directly proportional to the fourth power of the black body’s thermodynamic temperature.

The law was deduced by Stefan in 1879 on the basis of experimental measurements made by John Tyndall and was derived from theoretical considerations, using thermodynamics, by Boltzmann in 1884. Boltzmann considered a certain ideal heat engine with light as a working matter instead of gas. The law is highly accurate only for ideal black objects, the perfect radiators, called black-bodies; it works as a good approximation for most “grey” bodies. Stefan published this law in the article Über die Beziehung zwischen der Wärmestrahlung und der Temperature (On the relationship between thermal radiation and temperature) in the Bulletins from the sessions of the Vienna Academy of Sciences. 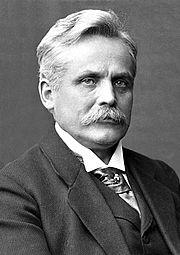 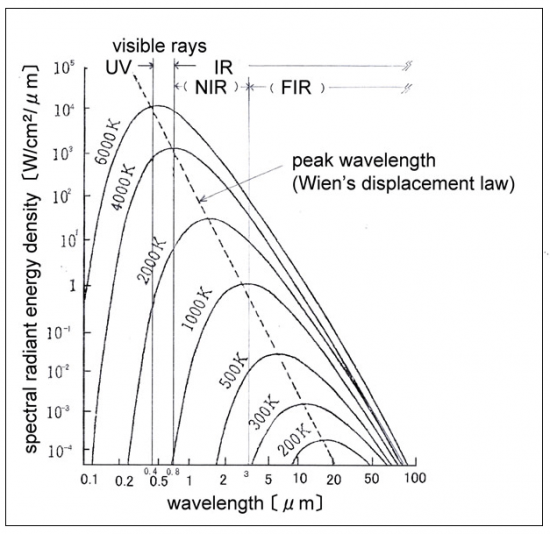 Wien’s displacement law states that the wavelength distribution of thermal radiation from a black body at any temperature has essentially the same shape as the distribution at any other temperature, except that each wavelength is displaced on the graph. Apart from an overall T3 multiplicative factor, the average thermal energy in each mode with frequency ν only depends on the ratio ν/T. Restated in terms of the wavelength λ = c/ν, the distributions at corresponding wavelengths are related, where corresponding wavelengths are at locations proportional to 1/T. Blackbody radiation approximates to Wien’s law at high frequency.

From this general law, it follows that there is an inverse relationship between the wavelength of the peak of the emission of a black body and its temperature when expressed as a function of wavelength, and this less powerful consequence is often also called Wien’s displacement law in many textbooks.
He also formulated an expression for the black-body radiation which is correct in the photon-gas limit. His arguments were based on the notion of adiabatic invariance, and were instrumental for the formulation of quantum mechanics. Wien received the 1911 Nobel Prize for his work on heat radiation. 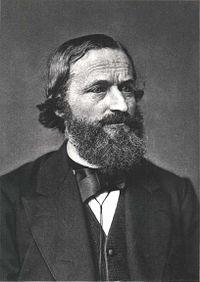 For a body of any arbitrary material, emitting and absorbing thermal electromagnetic radiation at every wavelength in thermodynamic equilibrium, the ratio of its emissive power to its dimensionless coefficient of absorption is equal to a universal function only of radiative wavelength and temperature, the perfect black-body emissive power.

Gustav Robert Kirchhoff discovered in 1860.
The corollary of Kirchhoff’s law is that for an arbitrary body emitting and absorbing thermal radiation in thermodynamic equilibrium, the emissivity is equal to the absorptivity.

In some cases, emissive power and absorptivity may be defined to depend on angle.