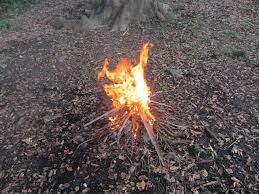 1. Directly burning fuel such as gas or oil to produce heat,
2. Separately, solar heat
3. Further geothermal
4. Steam made with the heat source,
5. Electricity made with steam

And there are several types.

Among them, heaters that use electricity as a heat source are most often used.
It can be used in a wide range, and is widely used for both industrial and home use.
The various electric heaters are described below.

When a high-frequency voltage is applied across a parallel electrode with a poor conductor (dielectric) such as resin or wood, the temperature of the dielectric rises.
When electric lines of force in the direction of the high-frequency voltage are generated between the electrodes, the molecules in the dielectric move in such a way that the polarities of the molecules are aligned in this direction, causing friction with neighboring molecules and generating heat.

In industry, it is a principle that is prevalent as “induction hardening”
When a metal material is placed in the winding and an alternating current is applied, an induced current flows through the metal material due to the generation of a magnetic field, and heat is generated by resistance heating.

This is the principle of microwave oven.
Microwaves are reflected by metal surfaces, but are absorbed by dielectrics, causing molecules to rotate and vibrate according to the direction of the electric field, generating heat due to frictional heat.

This is a device that gives driving energy from outside to take heat from a low-temperature heat source such as the atmosphere or water, and transfer the heat to high-temperature parts. It uses condensation (heat generation)-expansion (heat supply) due to compression.
The same principle can be used for cooling and heating. The same device can be used for both heating and cooling by reversing the direction of heat transfer (air conditioner, etc.), and simultaneous cooling and heating (ice water heater, etc.) is possible.