The dew point is the temperature from which condensation begins, when the air containing vapor is cooled.

It is also referred to as the dew point temperature.
Unit is used to evaluate the K or Kelvin degrees Celsius ℃.
Notation symbols, Td in the academic field, Dp in the practical and engineering field, it will be used.

In addition, dew point at the time of 0 ℃ below, frost point both because it is the temperature at which temperature that changes to the ice in either water condensed or solidified further, whether to sublimation directly from water vapor, that is resulting in frost temperature it is said.

The temperature is the dew point when the relative humidity is 100%.

The formula of the dew point has the following method.

* The part asks by calculation

* The part asks by the table

(1-3) The calculation by computer 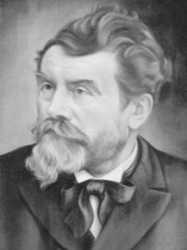 The “poly meter” was what tied up about ten hair into a knot, it is a thermometer and a set, relative humidity and dew point temperature were also called for, and vapor partial pressure was also able to ask for it. 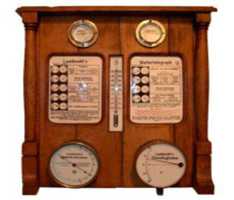 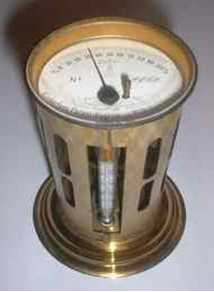 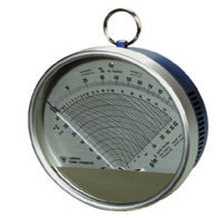 Sensor makes use of the hair of women which expands and contracts by humidity.
I will do in the table attached calculation.
This is not a high precision, but it is low price and small.

Capacitive sensor of high molecular expression is a condenser with a layer of dielectric material that reacts to moisture in the gas surrounding.
Because it absorbs the moisture in the same ratio as the amount of water surrounding Ideally, the layers of the dielectric will not detect the moisture content by using this.
The advantage, the reaction rate is fast, there is a long-term stability.
Disadvantage, can not be measured in the low dew point range of -80 ℃ Td / f or less.
There is also a type with auto-calibration function and to reduce the effects of aging, the sensor purge function to skip water and a solvent applying heat sensor to prevent dew condensation.
However, it will receive and aging, the effects of solvents and moisture.

Capacitive sensor of aluminum oxide expression, we use aluminum oxide on the material of the sensor.
Advantages can be measured down to low moisture area is cheaper than the polymer, it had been used in a wide range of fields as a standard type of hygrometer.
The disadvantage is that the response speed is slow.
There is also a type with auto-calibration function and to reduce the effects of aging, the sensor purge function to skip water and a solvent applying heat sensor to prevent dew condensation.
However, it will receive and aging, the effects of solvents and moisture.

Cooled dew point meter measures the temperature at the time of going to cool the observation plane, resulting in condensation.

It is suitable for measurement of low humidity.The cooling, electronic cooling due refrigerator Peltier effect will be used.
The measurement of temperature, thermocouple, resistance thermometer, etc.will be used.
The amount of dew, frost, measure the displacement resonance frequency, etc.by using α-ray absorption, a crystal oscillator using surface reflected light, the ionization chamber in the light sensor.
It is a high precision for measuring the temperature of the equilibrium state in which there is no increase or decrease in the deposition amount of the observation plane.

The metal tube was covered with glass wool, and wind for heating wire pair and apply a lithium chloride aqueous solution from the top.

When gradually increasing the temperature by applying an alternating voltage thereto, ions in the glass wool is gradually decreased with the evaporation of water, the current will not flow almost.
When you stop the power supply, lithium chloride highly hygroscopic again ionized also causes current to flow.
Find the dew point by using that time, the vapor pressure of the surrounding gas and water vapor pressure of the glass wool surface are equal.
Using an electric thermometer to measure the temperature, unlike the case of the measurement of temperature, it can also be used in addition to nickel platinum in the resistor.
Instrumental error, which is acceptable Meteorological is (3% humidity only for sensitive portion of) 5% humidity.