It dissipates heat by radiation in the form of electromagnetic waves (~ microwave ~ infrared to visible light ~) when it comes to a temperature at which there is an object.
The proportion of thermal energy that is radiated from an object of high temperature, it becomes a high rate as high temperatures, this radiation will account for as many in the 500 ℃ or more than ambient.
Heat dissipation by conduction and convection is dominant in the 500 ℃ or less. 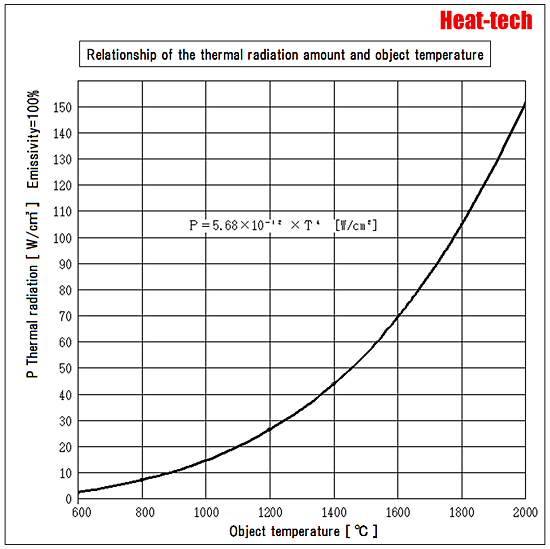 Therefore, those in the general form of equation Stefan Boltzmann as representative of the temperature radiated from an object when it is set to 0 [K] and the ambient temperature T is the following formula.

Definition is difficult to be exact, this expression is also approximate expression of that ambient temperature.

The following is the actual measurement data of the amount of heat radiated from there, and the surface temperature of an object of the actual. (Room temperature 25 ℃)

The object has a dark appearance to one that is wound in close contact to be the outer diameter of φ23.5 long enough iron chromium aluminum wire of φ1, was fully oxidized.
Emissivity is estimated to be about 0.75 to 0.8, has an emissivity of almost the same oxide surface of stainless steel, it would be heat dissipation characteristics similar to the work of many of the actual.
However, it will be a low value is more heat dissipation in metal or glossy ceramic.

Heat loss amount with respect to the temperature of the object is represented by the following formula Broadly speaking in a narrow temperature range. 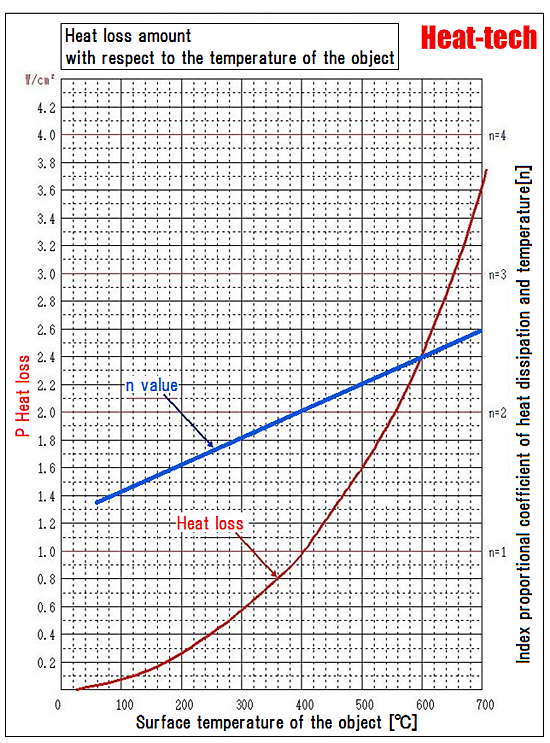 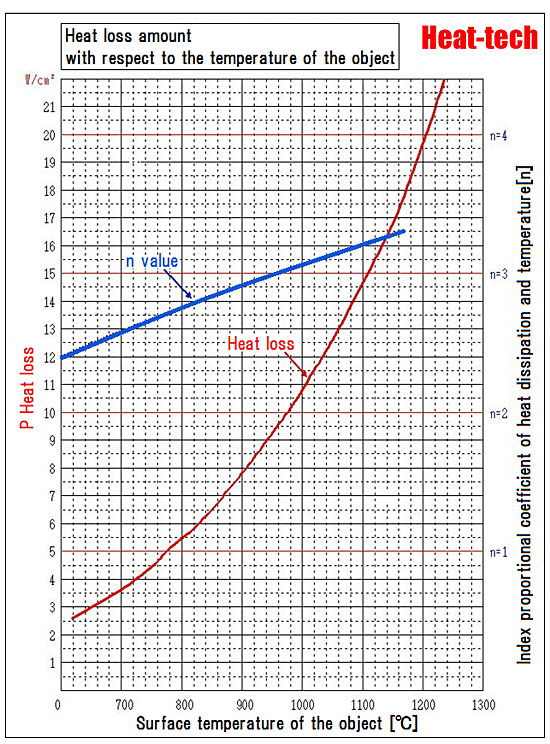 Temperature of the object continue to rise, heat loss will continue to increase rapidly shown in the figure above.
To keep the temperature to the desired object, it must continue to provide the thermal energy of as much as the heat loss at that temperature.
For example, when heat the thin plate, which is held in the air, the heat dissipation area must be calculated in the front and back.
In the figure above, temperature radiation at 1400 ℃ ,it is about 44 [W / cm2], but it heat dissipation of about 88 [W / cm2] The addition of the back.
In other words, when heated to 1400 ℃ by the Halogen Point Heater, it need at least energy density 90 [W / cm2].
Then, if the absorption rate of 80%, it is necessary to heat with the light power density of 1100 [W / cm2]. 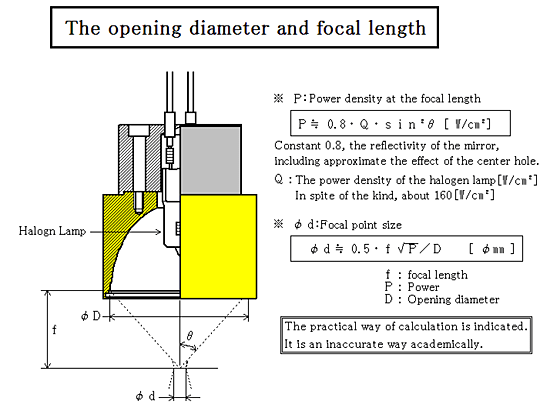 In the case of 0.5, F value, which is the point heater for elliptical mirror standard (f / D) power at the focal position

No.91 Temperature setting of the tensile testing machine (low-temperature material)