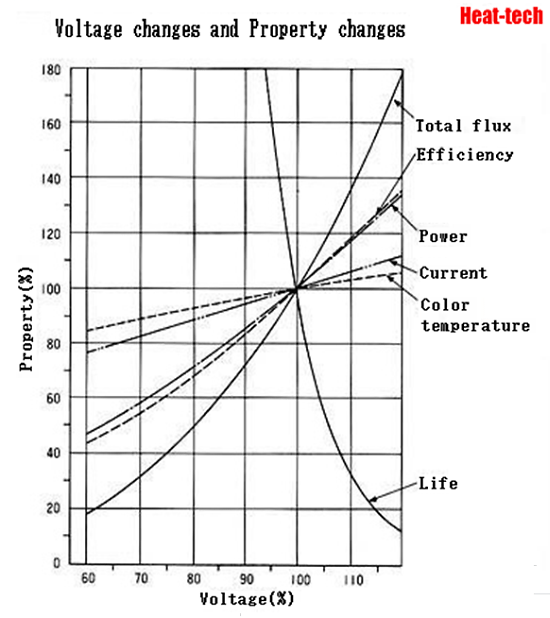 Inrush current when the heater is lit also shortens the lifespan of the lamp.
The electrical resistance of the halogen heater when it is off is about 1/10～1/20 when it is on.
According to Ohm’s law, an inrush current of about 10～20 times the rated current is generated immediately after lighting.

If user want to blink frequently, user need to slow down the power supply voltage for 2 second as much as possible.
The slow-up time requires at least 1 second for a small DC type and at least 2 seconds for a large AC type.

When the power control is changed from ON-OFF control to High-Low control, the lamp lifespan is extended by blinking operation.

The physical lifespan of a halogen lamp lies in the parts that make up the lamp.
Most of the causes of lifespan are broken filaments or seals. 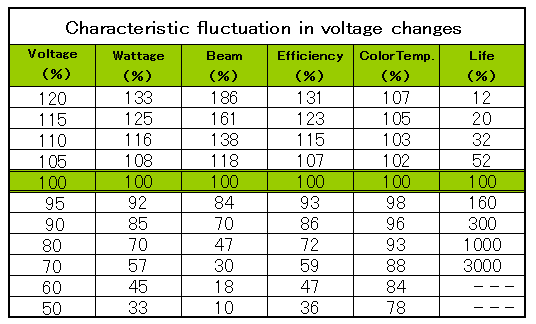 1-8.About the Lifespan of the Air Blow Heater